For the month of March 2020 listeners of The Greatest Story Ever Played voted for their favorite video games via Twitter polls.

The bracket was composed of games we have covered on the podcast. Games with multiple episodes or DLC's were condensed to one entry. Seasons of games were separate though like The Walking Dead Season One and The Walking Dead: The Final Season. Each game was randomly seeded.

Over the course of the month there were 2,283 votes! Thank you everyone for voting. This was a lot of fun. I look forward to seeing the brackets and tough decisions next year! 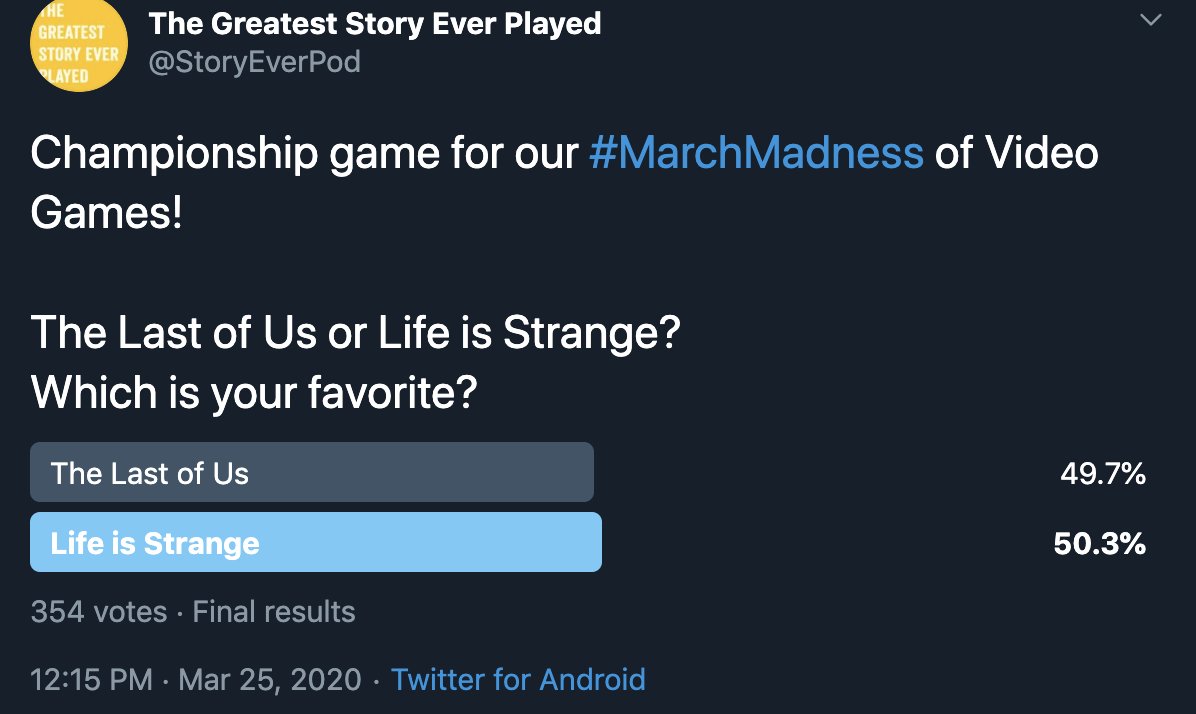 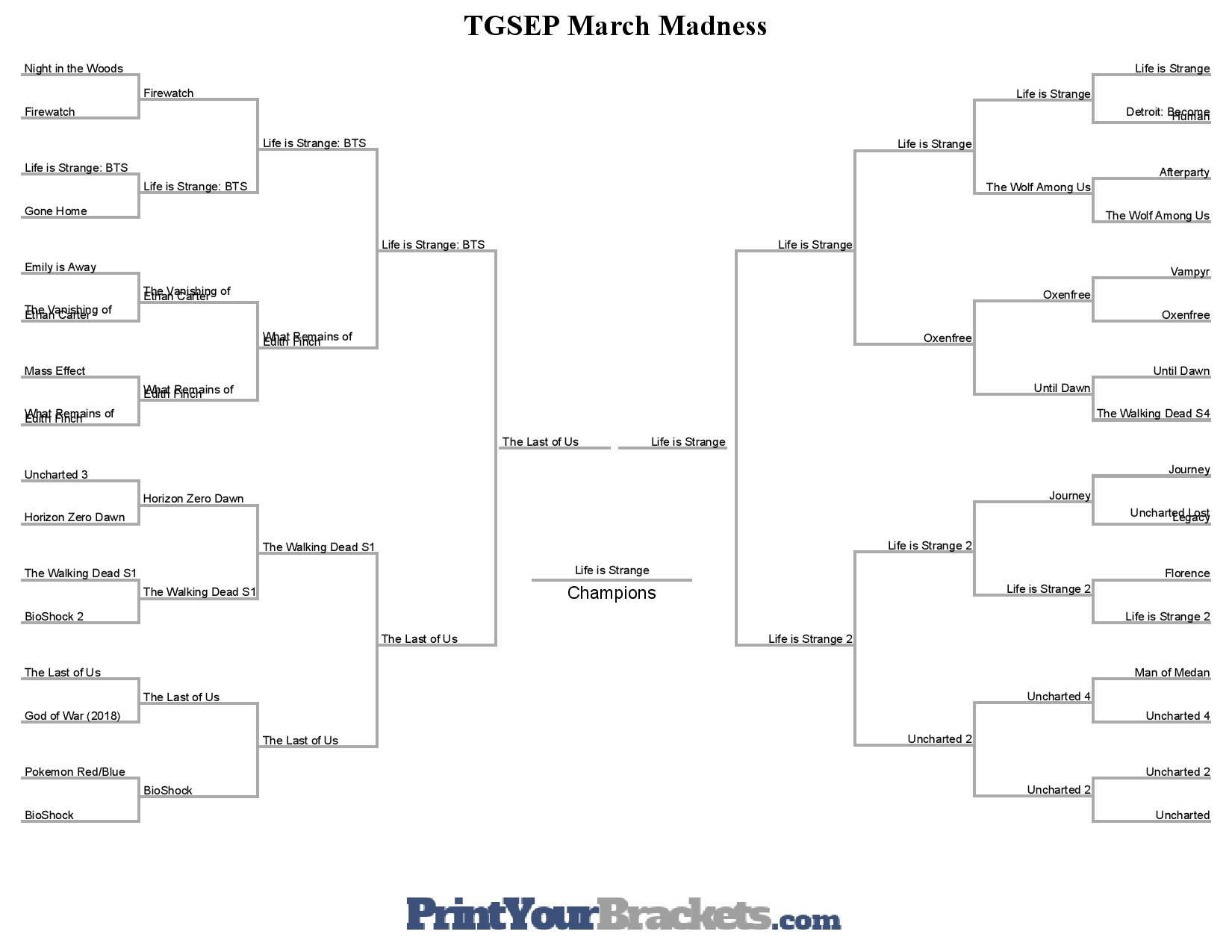